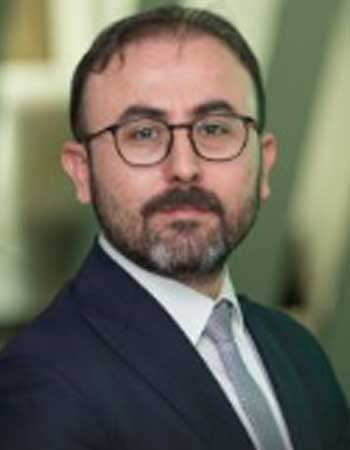 Ahmet is a passionate satellite professional who has both worked on satellite broadcast and satellite broadband segments in the industry many years. He is currently working as Sales Director MENA at Eutelsat located in Dubai.

In his early career; Ahmet worked at SES HQ Strategy Team in Luxembourg as business analyst and led several global market research projects for new HTS satellites and services in aero and maritime markets. Then he moved to sales in Europe focused mainly broadcast and DTH markets. In 2015; he joined MENA satellite operator Yahsat’s satellite broadband division as Country Manager for Turkey & Central Asia based in Istanbul. He was responsible for all commercial activities of satellite broadband solutions.

He holds a MSc in Space Business Management from International Space University (ISU)/Strasbourg and a Msc/BSc in Mechanial&Aerospace Engineering (METU) in Ankara. He also attended strategic marketing and finance executive programs at Stanford University and London Business School.