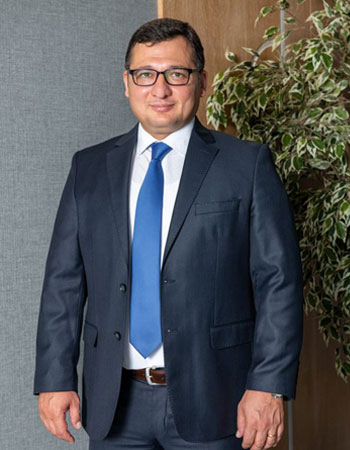 He started his career as a Naval Officer after graduating with a bachelor’s degree in Electrical & Electronics Engineering from the Turkish Naval Academy in 1993. Between 1999 and 2001, he completed his postgraduate study in the METU Modeling and Simulation department.

Between 2001 and 2013, he served in large scale, mission critical defense industry projects at the Turkish Naval Research Center Command. Between 2010 – 2014 he was appointed to the NATO NMSG-085 study as the National Leader for Turkey by the Ministry of National Defense.

In 2013, he was appointed to the Naval Academy as a lecturer in the Department of Computer Engineering. In 2015, he retired with a Colonel rank and joined Profen Communications in 2017 as an R&D Center Manager. He is also the director of the Profen Group Project Management Office. He has extensive experience in managing large scale mission critical technology programs.