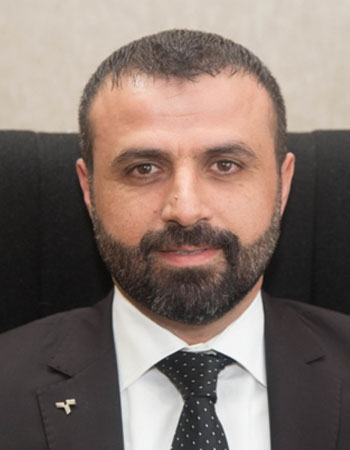 Hasan Hüseyin ERTOK graduated from Hacettepe University Department of Electrical and Electronics Engineering. In 2003, he completed his master’s degree in Computer Science at the New Jersey Institute of Technology in the United States. He is currently doing his PhD in the Computer Engineering field at Ankara Yıldırım Beyazıt University.
Mr. Ertok joined Turksat in 2006 as a satellite design engineer and he was a member of technology transfer team in Türksat 3A program. Between 2014 and 2017, he worked as the Director of R&D and Satellite Design Department. In 2017, he was appointed as Deputy General Manager of Satellite Services.